What is Six Sigma?

What is Six Sigma?

Six Sigma is a long term, forward thinking initiative designed to fundamentally improve the way of doing things so that quality improves and variations are reduced.

A process performing at a Six Sigma level means that 99.99966% of the products produced are statistically expected to be within specifications.

Lets consider a process which has upper specification limit (USL) and lower specification limit (LSL). Lets say a pipe with diameter 3cm has to be produced and the USL and LSL are 3.1cm and 2.9cm respectively. Each pipe that will be produced will never be exactly 3.0 cm. The measurements are likely to be 3.01cm, 2.99cm, 2.92cm, 3.09cm and so on. The deviation from the mean measurement is called the standard deviation or SIGMA. For e.g. the mean could be 3.001cm.

The diagram above represents a process where the measurements are such that 6 sigmas are fitted between USL and LSL. This represents 0.002 per million defects or 2 per billion cases. 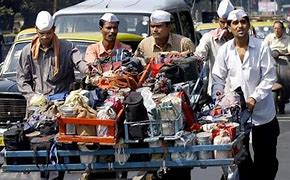 A dabbawala is a person in Mumbai, who is part of a delivery system that collects hot food in lunch boxes from the residences of workers in the late morning, delivers the lunches to the workplace, predominantly using bicycles and the railway trains, and returns the empty boxes to the worker’s residence that afternoon.

It is estimated as per various studies and surveys that dabbawalas make less than one mistake in every six million deliveries. That is better than 3.34 defects in 1 million as required by Six Sigma process. Therefore we can say that Dabbawalla network operates at Six Sigma efficiency.